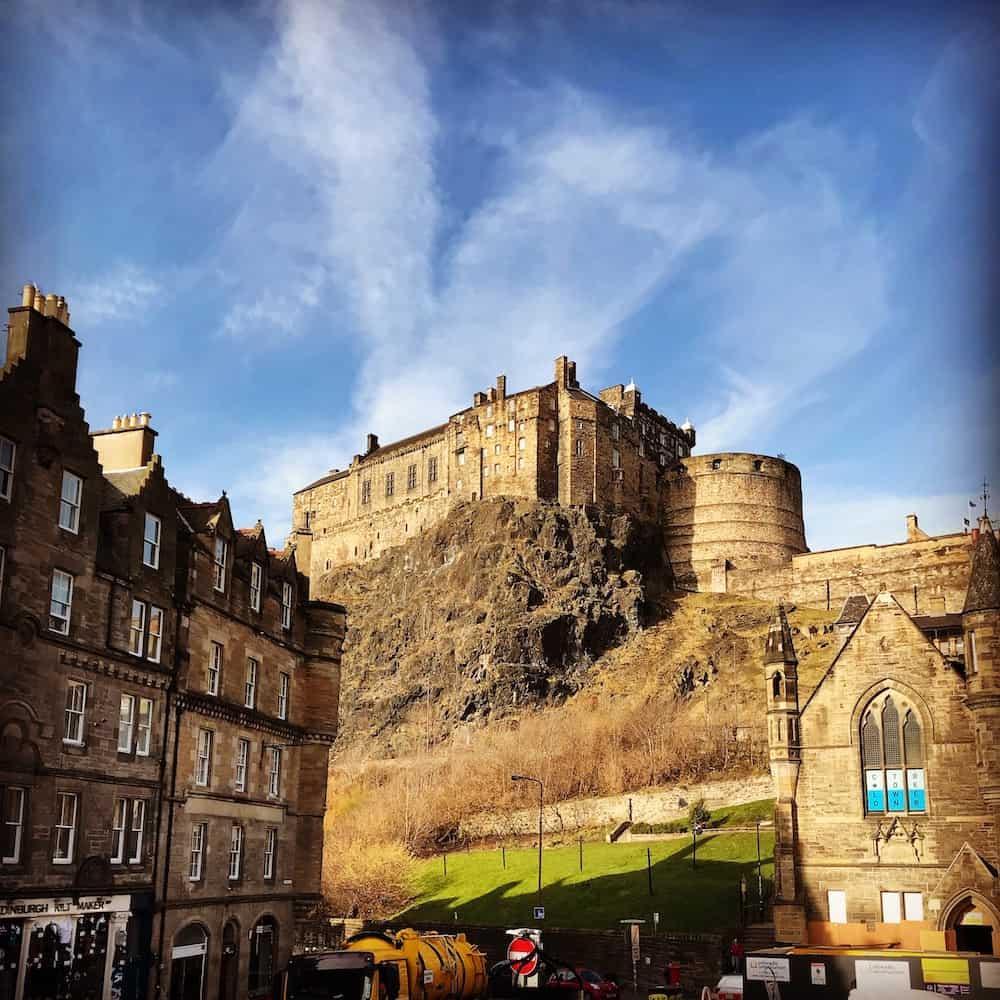 Towering over the city from its perch atop an ancient extinct volcano, Edinburgh Castle is one of the iconic landmarks of Scotland.

At around 900 years old, it’s seen its fair share of history: housing kings, prisoners, armies and once even a Asian elephant, brought back from Ceylon by the 78th Highland Regiment.

We were lucky enough to drop in for a visit in February 2018, so here are our highlights, and some beautiful photographs we took whilst we were there. 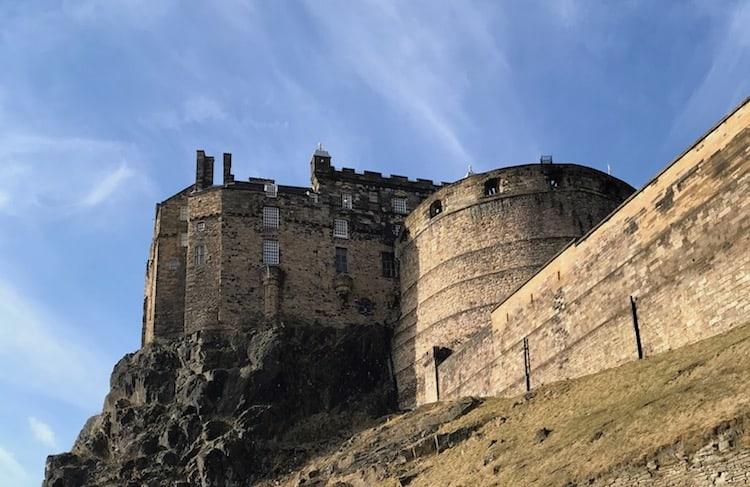 We were lucky enough to visit on a sunny day, so got to experience it at its very best.

It’s worth taking the open-top bus trip up, so you get to view it from all angles before you arrive.

The Crown Jewels of Scotland are on display at the castle, and they are an awe-inspiring sight. 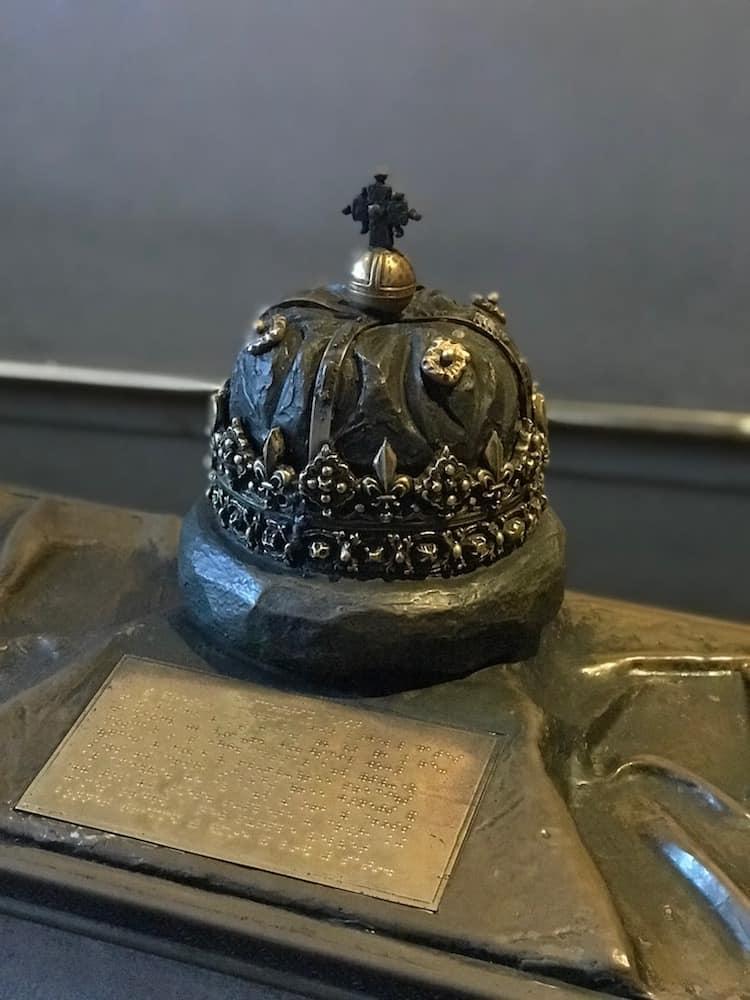 It’s not just the jewels themselves, but the way they are presented.

You are led through a warren of corridors and rooms, each giving you more information about the jewels. They tell you tales of them being hidden from the English, getting lost for over a century and even being buried in a church. In one room there is a bronze recreations of the crown, sceptre and sword of the state that you can touch and photograph.

The anticipation is built so high, that by the time you actually arrive at the jewels, you are genuinely excited to see them!

A clever ploy, that makes the visit a little bit more special. 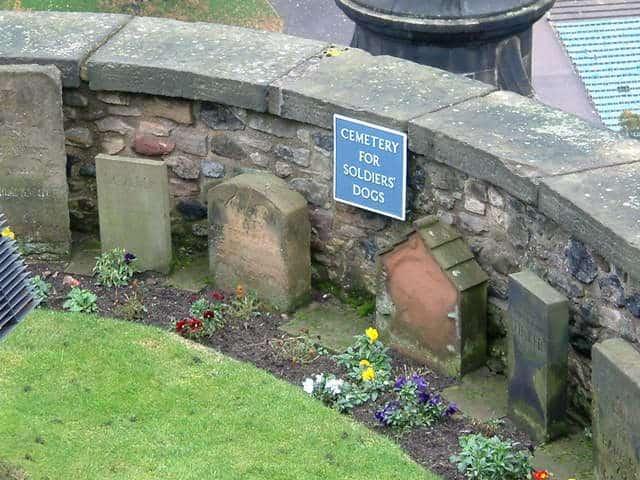 I know it sounds a bit odd to say we loved a cemetery, but there is something quite touching about hardened military men creating an area to honour their fallen canine friends.

You cannot actually go in the cemetery, but you can view it from above, over the east wall near Mon’s Meg.

The Views Over the City

There aren’t many places in Edinburgh better to get panoramic views over the city, especially the sweeping view over the questionably named New Town (building work started in 1767 – for context, Washington DC wasn’t even founded until 1790!) down to the Firth of Forth.

The Start of the Royal Mile

The Royal Mile runs right through the heart of Edinburgh, starting at the castle, and finishing by the Queen’s residence, the Palace of Holyroodhouse.

Once you’ve finished up at the castle, it’s a fantastic walk that will take you about half an hour or so (depending on how many whiskey shops you stop off in!)

Why do we like it so much from this end? Well we got the bus up, so the walk down was gravity-powered!

The Sound of Bagpipes in the Air

Right by the entrance, we found this hardy chap playing the bagpipes.

With a slight breeze in the air, the sounds was drifted up right through the castle.

There can’t be many more authentically Scottish experiences that walking around Edinburgh Castle whilst listening to bagpipes! 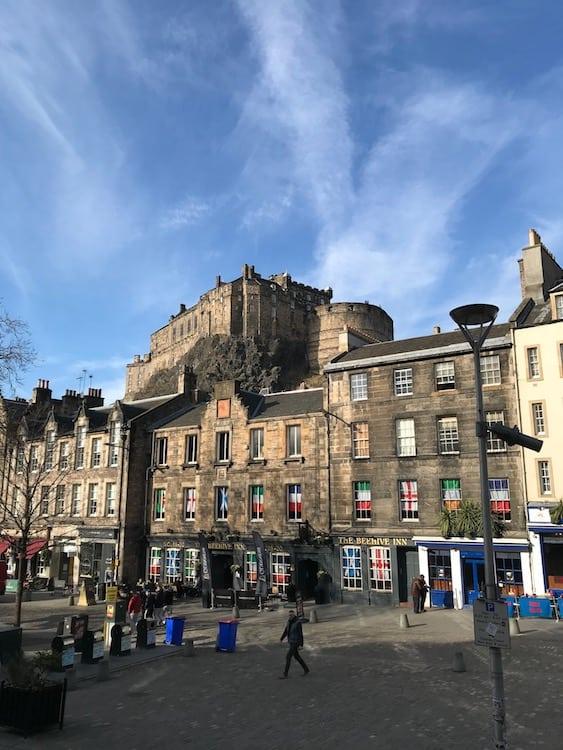 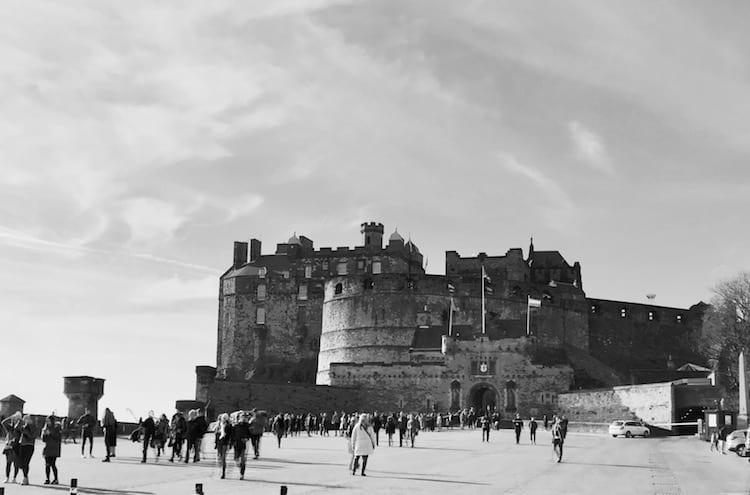 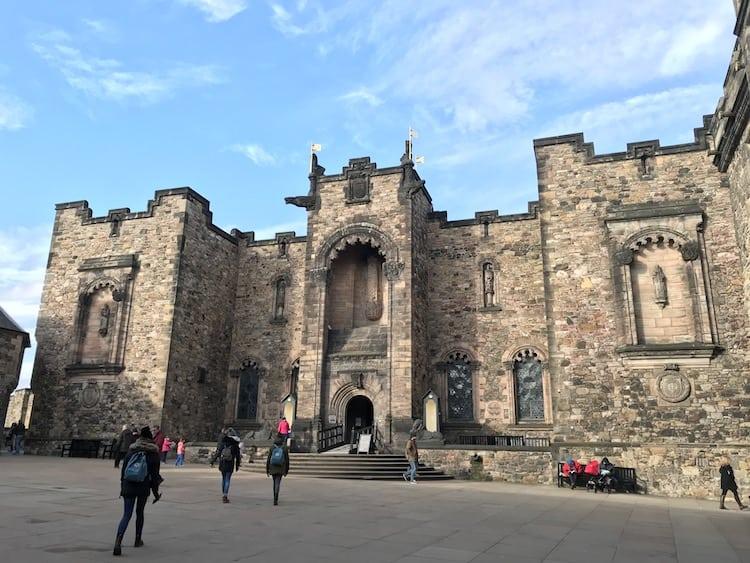 The Governor’s House and New Barracks 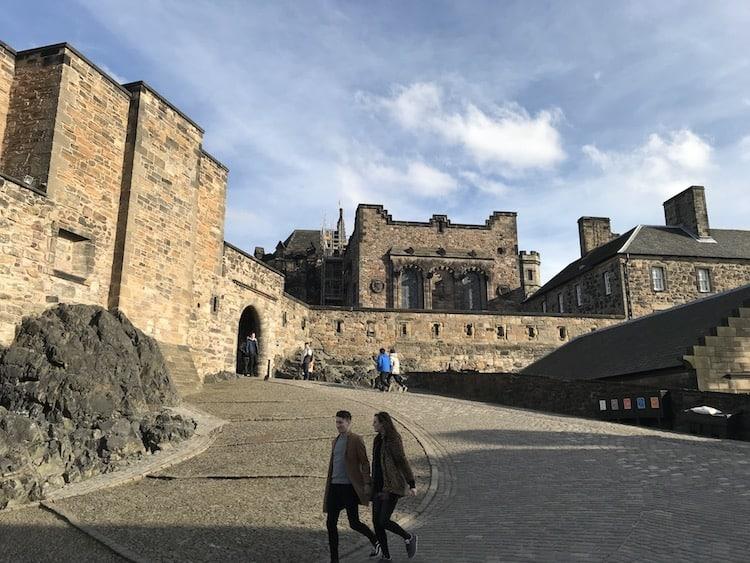 View over the Old City, with Arthur’s Seat in the Background 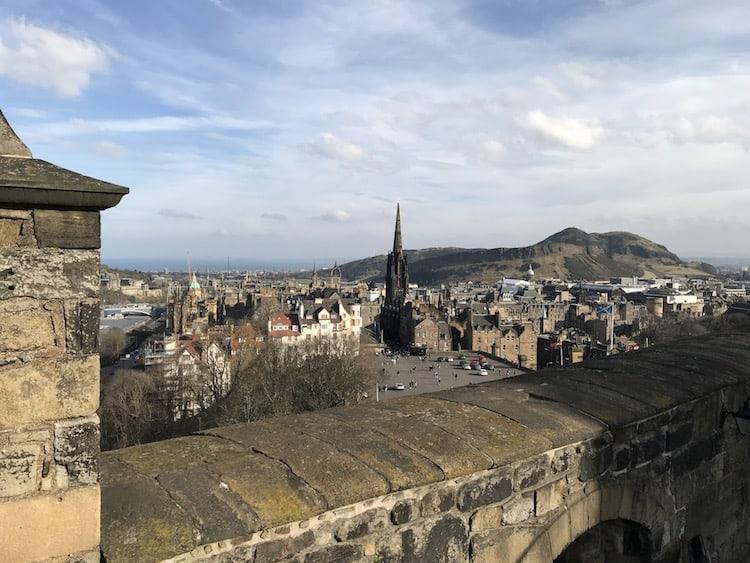 View over the New City to the Firth of Forth 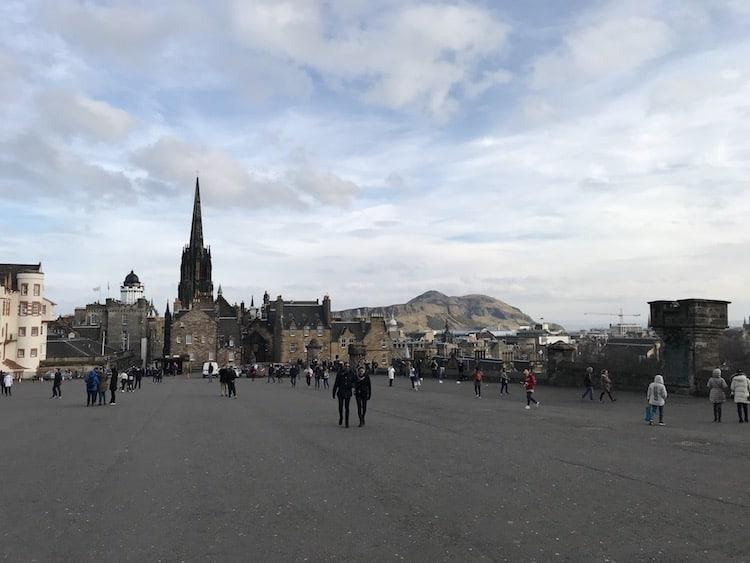 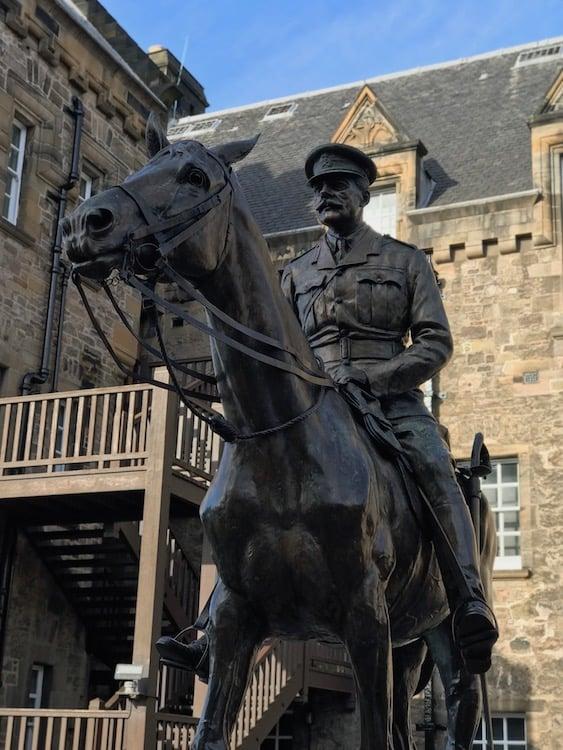