The Sukhothai Traimit Golden Buddha is the largest golden image of the Buddha in the world.

It sits in the beautiful Wat Traimit in Bangkok, not far from Chinatown.

This Buddha image has an interesting history. It’s true age is not really know, though die to its style, it is thought to have been cast somewhere between 1238 in 1438 in the then capital of Thailand, Sukhothai. After the demise of the Sukhothai Kingdom, and the rise of the new power from Ayuthuya the Buddhe image was moved to the new capital. In 1767, Ayuhhuya was destroyed by Burmese invaders, so to conceal its true value from enemies invading, the Golden Buddha was covered in plaster.

As it had done for its history, the Buddha followed the new power down to the new capital of Bangkok and was housed in a Choti-naram temple in the Yanawa District. When Choti-naram temple was deserted in around 1931, the Ecclesiastical Commission moved the Golden Buddha Image to its current location at Traimit Witthayaram Temple.

In the 1950s a special hall was constructed to house the Buddha. Whilst moving it by a crane, a cable snapped, and the image fell to the ground. Fearing bad luck, the workmen ran off leaving it on the ground.

The next day, when a monk from the temple came to inspect the image, he realised that underneath the cracked plaster was pure gold. For the first time in 200 years the true value and importance of the Golden Buddha was revealed.

The image is now thought to be worth nearly £30 million!

You can visit the Golden Buddha at Wat Traimit temple near the metro stop of Hua Lamphong in Bangkok. There is a map at the bottom of this post.

Photographs of the Golden Buddha and Wat Traimit 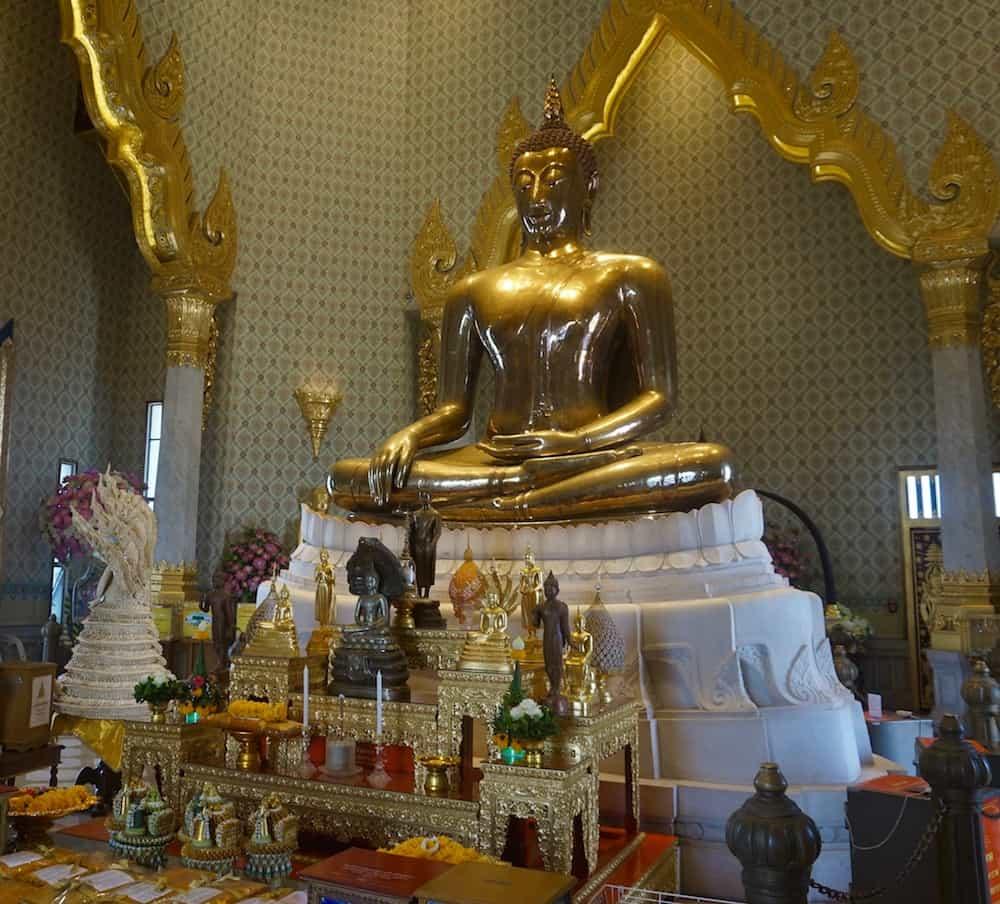 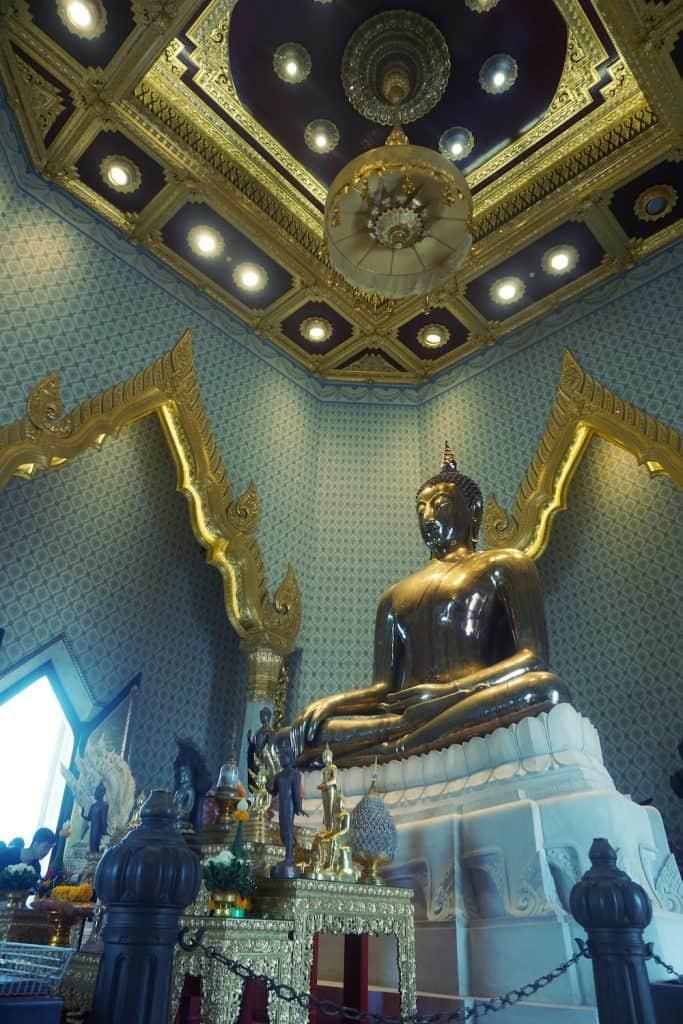 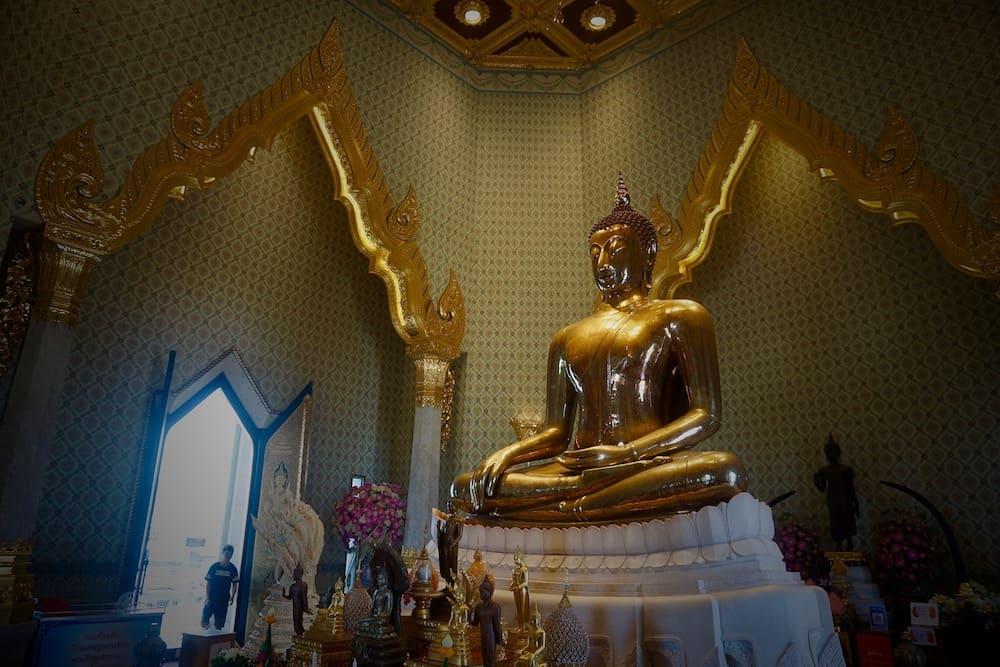 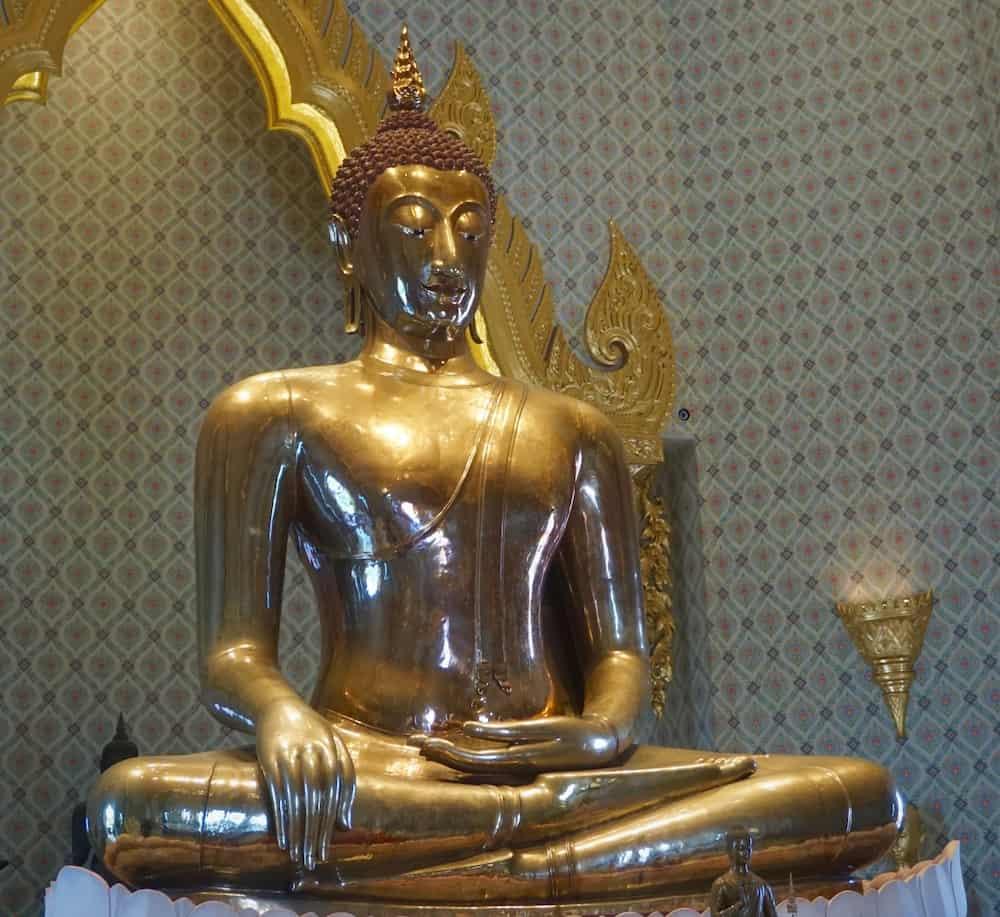 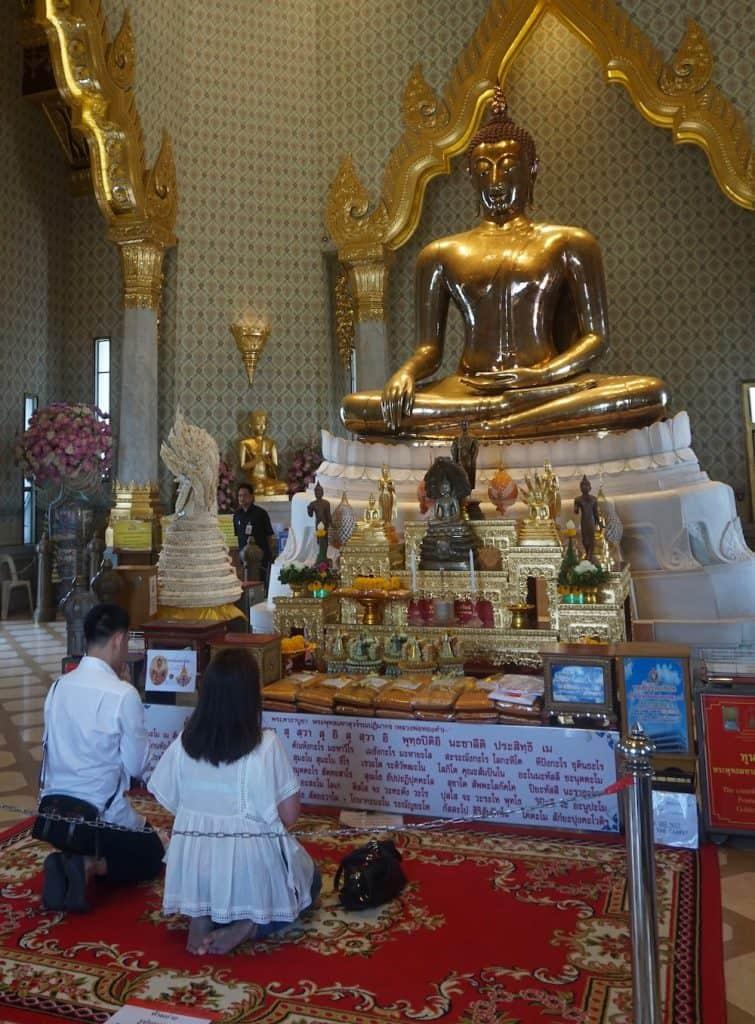 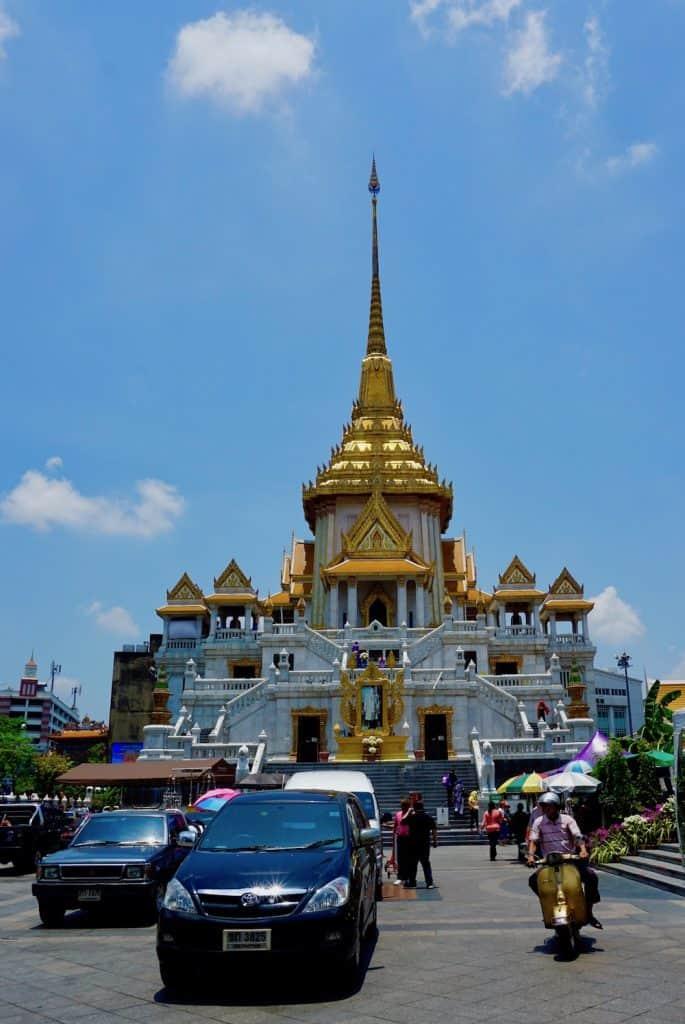