My England is one of wide-open countryside, frosty autumnal mornings, National Trust properties and overgrown meadows. The taste of sea salt in the coastal air, the smell of freshly cut crops in summer, diving songbirds, woodlands picked out of a Tolkien novel and history going back centuries under every footstep. Each season holds something new.

England is my home and I love it.

As you can tell I am a country boy at heart but have spent alot of time working some of our most magnificent cities: Oxford, London and Manchester.

Whilst I love being abroad I could spend a lifetime exploring this diverse and ever-changing country and not feel short-changed.

Unfortunately, I haven't been writing this blog my entire life so there are alot of place to catch up on and write about so keep checking back for regular updates on the best places to visit in England.

Here are the counties and key cities/town of England. Use this map to help you navigate the articles below

Places to Visit (by County)

England is in western Europe and comprises two thirds of the island of Great Britain which also includes Wales and Scotland. It is also part of the United Kingdom (UK) which includes Northern Ireland.

It has a coastline to the east and south and is bordered in the north and west by Scotland and Wales respectively.

There are also around 1,000 islands that are part of England - the largest of which is the Isle of Wight.

Around 9 million of the people in England live in London.

It probably won't surprise you to hear that the main language spoken in England is English!

England is at GMT during the winter but observes daylight saving in the summer to make the most of the sunlight.

The legend of George slaying the dragon dates back to the 12th century. Saint George became England's patron saint during the 13th century. The Red Cross first appeared in the crusades and is one of the earliest known emblems used to represent England. The earliest record of St George's flag being used at sea as an English flag was in 1545.

Many people are unaware that the Cross of St George is the flag of England, and not the more familiar Union Jack. The Union Jack is the flag of the entire United Kingdom, including Great Britain (England, Scotland, and Wales) and Northern Ireland. The cross of St. George, however, is incorporated into the Union Jack.

A cool and dry season follows the monsoons, meaning the landscape is lush and temperatures are comfortable.

Christmas in the West and New Year’s holidays bring crowds and inflated rates.

September and October are ideal for the north and the gulf coast.

Some islands shut down; boat service is limited during stormy weather. Be flexible with travel plans.

In England we drive on the left hand side.

Hiring a car is a good the best way to get around if you're in a rural part of the country such as Yorkshire, the Lake District or Devon however if you are staying to the big cities public transport is the best way to go.

England's road are full of traffic jams and this seems to be getting worse by the years. It is especially pronounced around any of the large towns and cities. If you are heading to any of the top 25 most populated conurbations aim to leave the car behind and travel by public transport. Alot of towns operate a 'Park and Ride' scheme where you can leave the car on the outskirts and get a bus to the centre

All of the major cities have a good network of buses, trains, underground lines and even trams. If you are planning to stay in big cities and move between them I would suggest using this network.

Most railway lines lead to London, so if you are flying into one of the big international airports in the South East such as Heathrow, Gatwick or Stansted you will be easily able to access the rest of the country. Getting in to London is easy and from the centre there are good rail links to everywhere from Manchester to Bristol. Lines are getting faster by the year, with a train to Manchester from Euston taking around two hours now as an example.

Here are a list of useful public transport websites for England:

Free WIFI can be found in cafes, libraries and service stations all over England (even on the tube in London!). I find Costa Coffee to be a good place to work with a reliable connection. They can be found in most big towns.

The tap water in England is perfectly safe to drink.
HEALTH INFORMATION

The number for all emergency services in England is 999.

There is a non emergency line that can be contacted on 101 and is for reporting any crimes that aren't currently taking place.

As long as you are uo to date with your standard vaccinations you should have no problems when travelling to England.

If you're an EU citizen, a European Health Insurance Card (EHIC) – available from health centres or, in the UK, post offices – covers you for most medical care. An EHIC will not cover you for non-urgent cases or emergency repatriation.

For a more comprehensive guide to the risks in England click here. 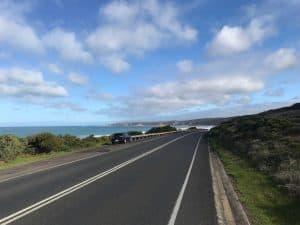 14 Beautiful Road Photos from Around the World 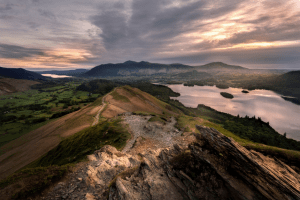 Nearly sixteen million people visit The Lake District every year, with the Windermere Lake Cruises attracting now million of these… 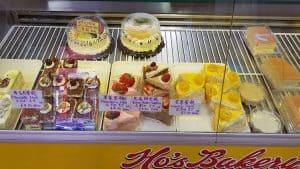 In this post, I’m going to share 5 hidden food gem restaurants in Manchester. Manchester has a lot going for… 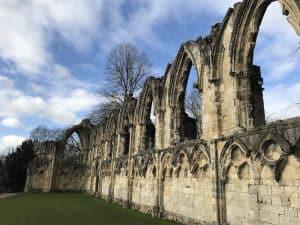 York 3 Day Itinerary: Things To See On A Long Weekend In York

If you’re pushed for time, a long weekend can be the perfect way to build travel into a hectic lifestyle…. 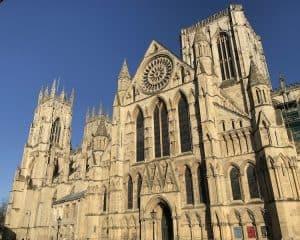 Things to do in York: 13 Awesome Places to Visit over a Long Weekend 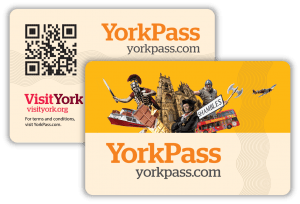 York Pass Review | Why you need one & how much it saved us in a weekend (Hint – We Made A Profit!)

Welcome to my York Pass Review, a great way to save money whilst visiting the many cultural and historical attractions…