Malta is a small island in the Mediterranean sea about 100km from the coast of Sicily. It has an incredible history from the stoic defence it put up in World War Two (it is the only country to have been awarded a George Cross) to the 6,000 year old neolithic temples that are said to be the oldest free standing structures on earth.

In its more recent history it has also been the set for many movies and shows with Game of Thrones, Gladiator and Troy all shooting scenes here and the 1980s classic Popeye even leaving the film set behind that can still be visited today!

Malta also is the 9th most densely populated country in the world with the 9th highest car ownership per 1,000 people so it makes for a pretty crazy place!

Places Of Interest In Malta

THE OLD CITY OF MDINA

NORTH OF THE ISLAND

SOUTH OF THE ISLAND

Nothing here yet! More articles are coming, please subscribe to get updates.

WHEN DID WE GO?

OUR TRAVEL ARRANGEMENTS TO GIVE AN IDEA OF COST

Malta is a group of three Islands (Malta, Gozo & Camino) in the Mediterranean sea about 100km off of the coast of Sicily. The main island is only 27km across.

Maltese is the official language of Malta but the majority of people speak English. Malta has been governed by many different countries so the population are able to converse in a number of languages. According to the Eurobarometer poll conducted in 2012, 98% of Maltese people can speak Maltese, 88% can speak English, 66% can speak Italian, and more than 17% speak French

The population of Malta is around 450,000 (roughly the same as the population of Bristol). This might seem quite low but this actually makes it the 9th most densely populated country/territory in the world!

The flag of Malta is half red and half white which were the traditional colours of Sicily’s Count Roger who took control of the Island in 1091 after centuries of Arab rule. These flag’s colours were also used by the Knights of Malta who ruled the island from 1530-1798. In the top left corner is the George Cross which is the highest honour that can be awarded to civilians. In 1942 Malta became the only country to have been awarded the George Cross. The King’s message read: “To honour her brave people I award the George Cross to the Island Fortress of Malta, to bear witness to a heroism and a devotion that will long be famous in history.”.

Malta (along with Cyprus) are on average the warmest countries in Europe.

This makes Malta an incredibly popular tourist destinations and this, coupled with the already densely populated island can make it very busy in the peak seasons.

The hottest weather is in  mid-summer but, as you can see from the chart below, the shoulder seasons offer a good temperature but the island will be much quieter.

The current of Malta is the Euro since it was adopted on 1st January 2008.

I’m going to be upfront here – driving on Malta can be a somewhat crazy experience! Fading road markings, cities designed long before the invention of cars, crumbling roads and the 9th highest vehicles per 1,000 people* in the world on a very densely populated island contribute to a somewhat manic affair. Keep your wits about you, be assertive and expect the unexpected and you should be ok. Driving is toughest around the heavily populated capital of Valetta. *Malta has 693 vehicle per 1,000 people. To context UK has 519 per 1,000 people. with a much smaller population density.

Number plates in Malta are pretty cool (well within reason. They’re cool to me so, um, well take it or leave it!) They work on a system that feels a lot better to my super organised mind. Taxis, for example, are TAXI123M, They start with the word taxi, then three numbers then M or G for Malta or Gozo. Simple right! There are so many examples of this, the best one being the President and Archbishop who only have to display their respective emblems! All the examples are below:

The tap water in Malta is perfectly safe to drink, though some locals advise you not to (we had this happen as we checked in). This may be because of the taste of the water.
There is very little rainfall on Malta therefore most of the water is desalinated seawater so can have a funny taste. Bottled drinking water is very cheap if you do not like the taste.
HEALTH INFORMATION

The number for all emergency services on Malta is 112 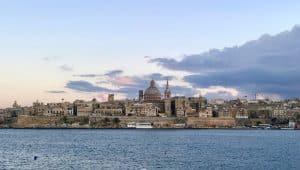 9 Things to do in Valletta in One Day [Plus Bonuses] 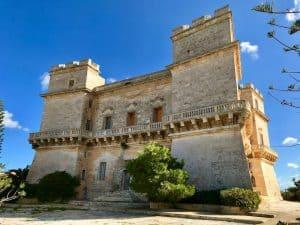 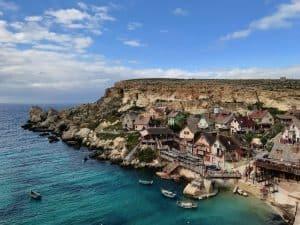 Popeye Village was part of the filmset for Popeye, a 1980 musical movie starring the late Robin Williams and was… 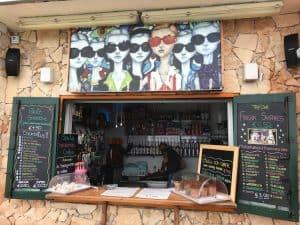 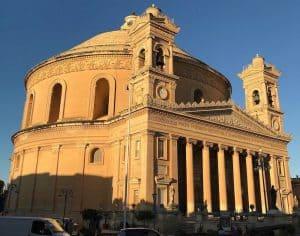 Rotunda of Mosta | Malta’s Miracle Church of the Unexploded Bomb 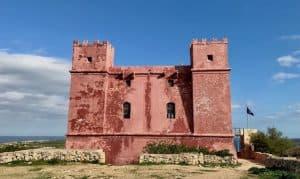 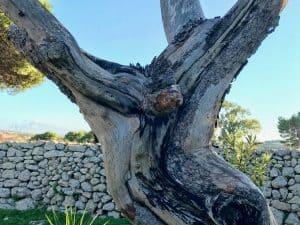 The Jesus Tree of Malta 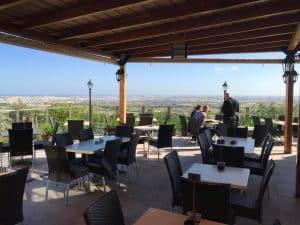 Il Veduta translates from Italian as ‘The View’ & this is a restaurant that lives up to its name. Fantastic food, reasonable prices in a spectacular setting