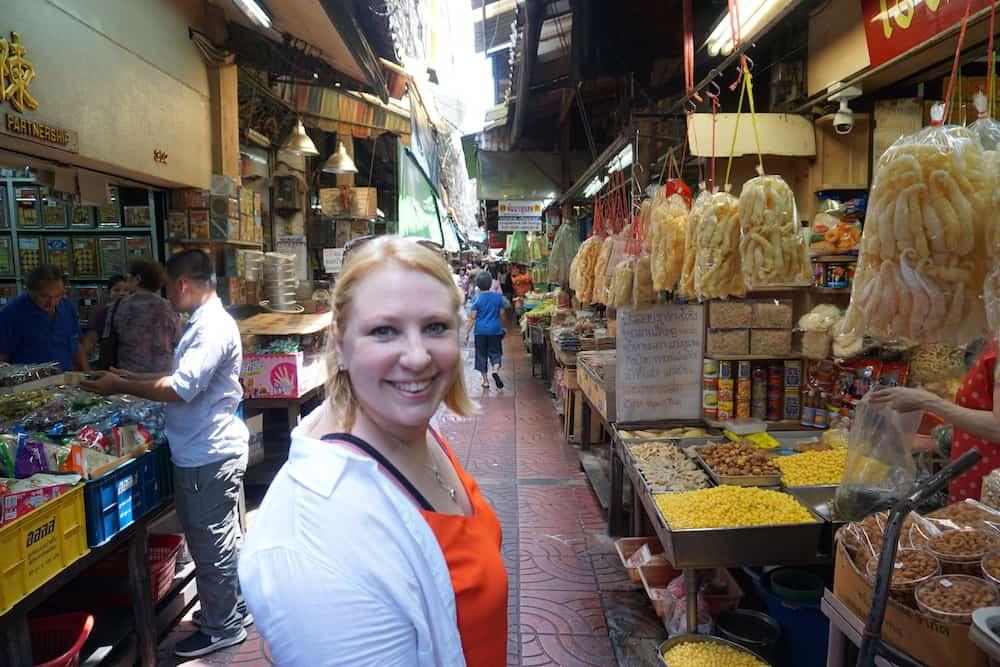 Having spent 24 hours in the hectic capital of Thailand, we’re already starting to feel a long way from home. The language, the food, the humidity, this place is a real attack on the senses – and no-where is this more apparent than in the turbulence of Sampeng Market. 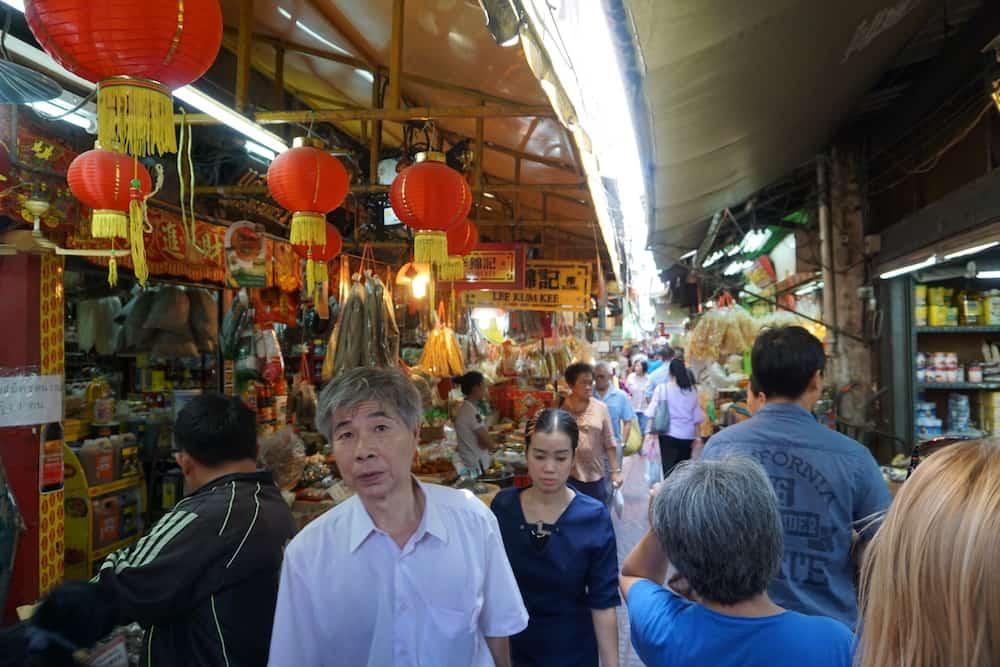 After a morning that had not gone as planned (in an entirely positive way!) we found ourselves in Chinatown after the unexpected detours of a tuk-tuk, a tailor and a long-tail boat. They say it’s important to go with the flow when you travel, and we’d certainly embraced that philosophy so far today.

Sampeng Market gives you no other option. Don’t fancy going with the flow? Likelihood is you’re going to be unceremoniously run down by a moped, a sack barrow or just an elderly Thai lady in search of durian fruit. 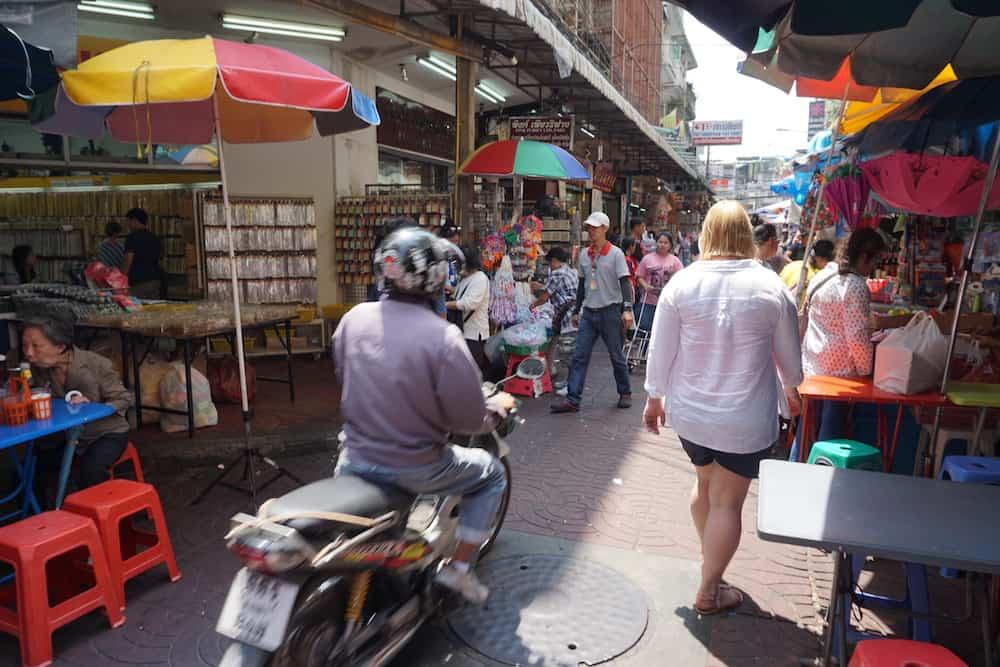 Hidden in the darkest depths of Chinatown, Sampeng feels like a doorway into another dimension. Gone is the intense midday sun, replaced with shade, colour, smells and an ever moving throng of people. We seem to be pretty much the only tourists around, everyone else was in the hunt for something (anything!), all clear in the knowledge that no matter how exotic their requirements, Sampeng would deliver. 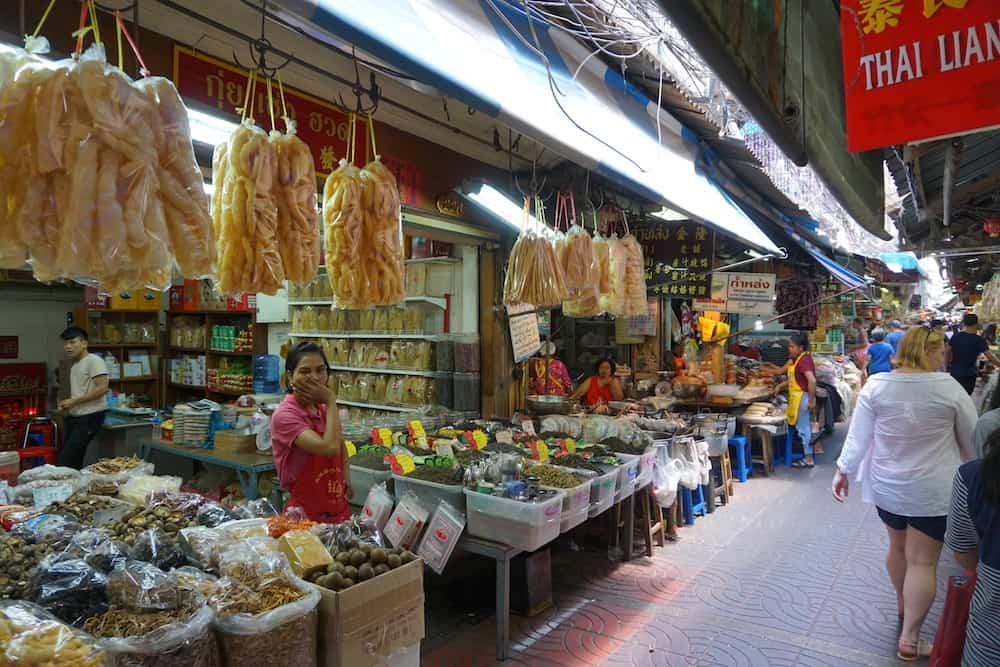 When I was a kid I one of my favourite movies was Bedknobs and Broomsticks. In an iconic scene, the main characters go searching for a book, ‘The Spells of Astoroth’ on the famous Portobello Road in West London. As in so many Disney movies, it quickly turns into a big song and dance number, with a tune I’ve never forgotten:

They turn up so fairly strange stuff whilst they’re there: a new Boticelli, a pen used by Shelley; Waterford Crystals, even Napoleon’s Pistols!

But despite all those gems, I think they’d be fairly interested to see what they’d turn up in Sampeng…. 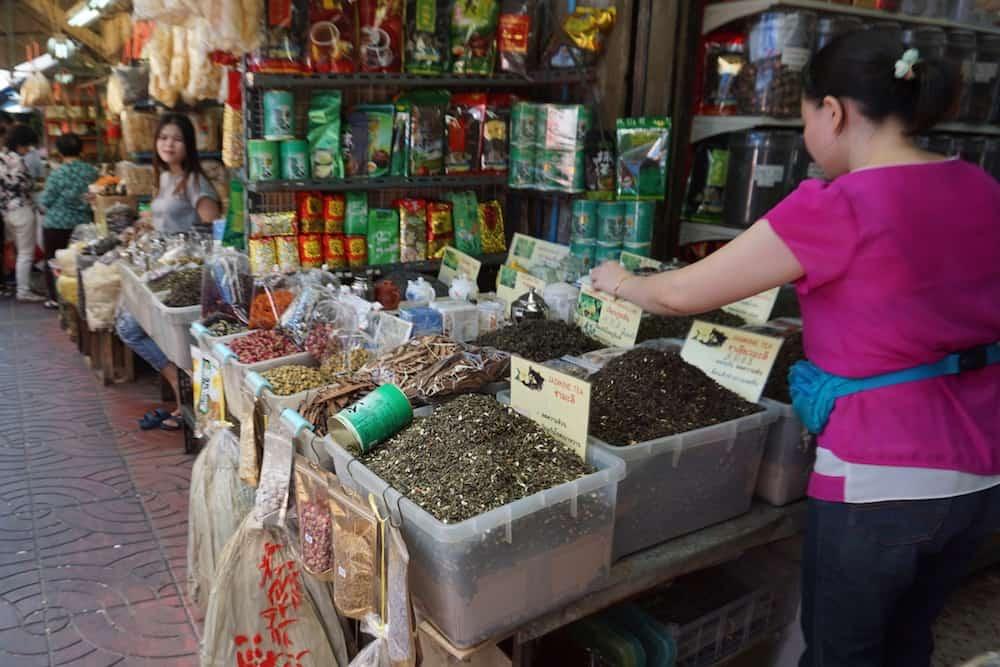 Here were a few of the interesting things we turned up:

Ok, so it was hard to compete with Napoleon’s Pistols, but given that was a movie and this is real life, I don’t think we did too badly! 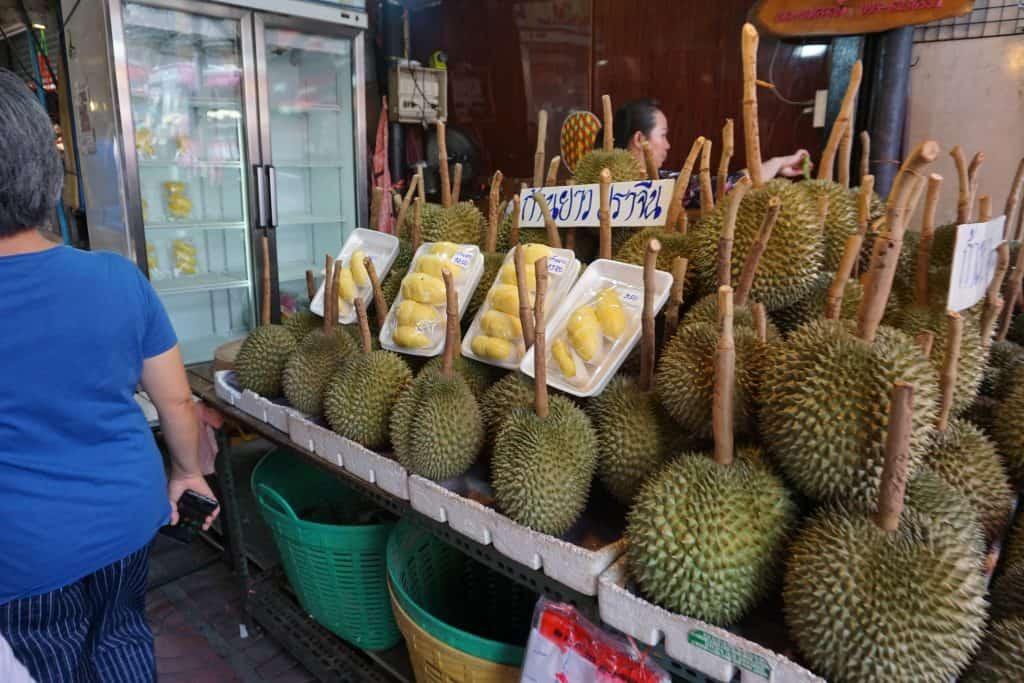 All in all a worthwhile trip that takes you right into the heart of daily life in Bangkok.

Just a quick warning, every other review I’ve read mentions the risk of pickpockets, but we had no such trouble, and whilst it’s a very busy street, most people seemed too caught on in their own errands to worry about what we were doing! 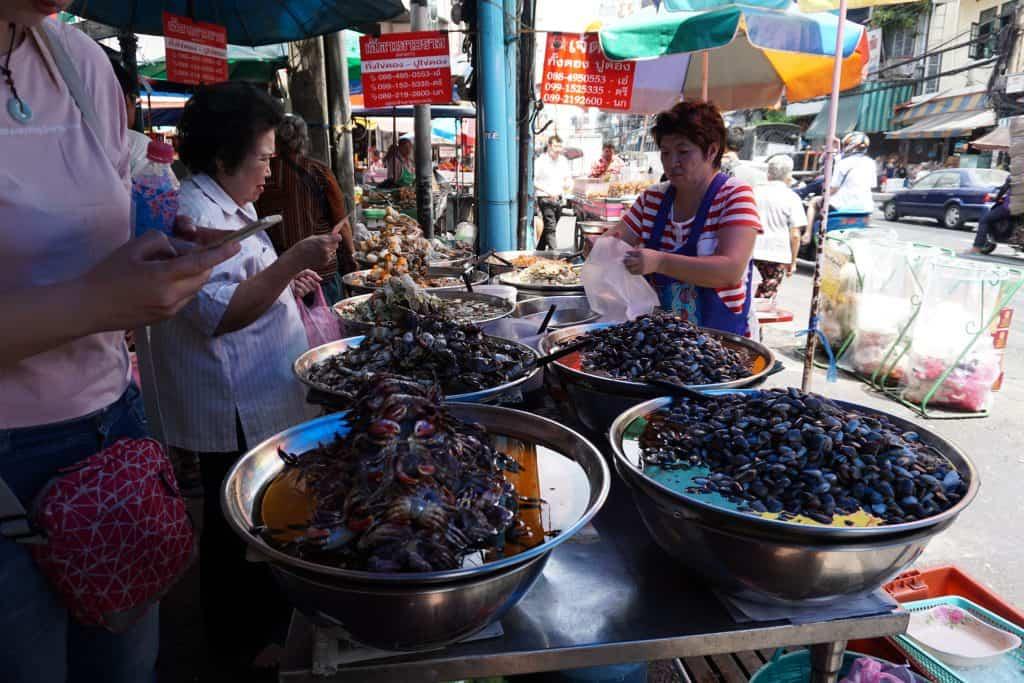 Just hop in a tuk-tuk or taxi and they will bring you straight to Chinatown.

If you want to use the metro, get on the blue line and jump off at ‘Wat Mangkon’ station

Ben is the blogger behind TheSabbaticalGuide.com, a site designed to give people the information, tools and inspiration they need to make their sabbatical dreams a reality. He caught the bug for travel at an early age when his dad moved out to South Africa, and now builds regular ‘mini-retirements’ into his career, in which he sees the world with his wife Becca.
Subscribe
1 Comment
Oldest
Newest Most Voted
Inline Feedbacks
View all comments

I love durian! I don’t think it smells like rotting meat…maybe more like a trash can. BUT it sure does taste god in a shake with sweet condense milk, haha