As kids we used to finish our summer with a trip up to the Isle of Arran. My mum was a teacher and would join her geography class on their field trip to this magical island. Whilst they were measuring river flow or taking rock samples, we would head out with my stepdad: hiking up Goatfell, cycling the hilly roads, trying to convince him to let us have a sip of whisky at the distillery or photographing adders out amongst the dry-stone walls. Bliss.

I am ashamed today I haven't spent much time in Scotland since, but all that changed in 2018 with a trip to Edinburgh, and I've caught the bug again.

If the landscape of Scotland doesn't draw you in, then the people will. The kindness, generosity, warmth and sharp humour of the Scots never fails to amaze me, and is a stark counterpoint to the hectic cold nature of my workplace in London.

I'll definitely be making Scotland are more regular destination from now on, and I look forward to adding to this page.

Places of Interest in Scotland

Scotland is in western Europe and is part of the island of Great Britain which also includes Wales and England. It is also part of the United Kingdom (UK) which includes Northern Ireland.

It shares a border with England to the south, and is otherwise surrounded by water.

It is the most northerly part of the UK. Heading west from most of the coastline will see you next hit land at Newfoundland in Canada, and the remote Shetland Islands will see you level with Scandinavian towns such as Bergen. Cold!!!

The population of the Scotland is around 5.25 million (April 2018), which means there are 2 million less people living here that in London.

The main language of Scotland is English.

A large proportion of the population speak 'Scots' which has many dialects such as Lallans or Doric. In the latest census this was around 30% of the population. There is some debate about whether this truly is a separate language to English.

Around 1% of the population speak Gaelic, generally in the Western Highlands and Islands

Scotland is at GMT during the winter but observes daylight saving in the summer to make the most of the sunlight.

The flag is called the 'Saint Andrew's Cross' or 'The Saltire'

Scots drive on the left-hand side.

Due to the rural nature of the country, you are likely to need a car if you want to get out of the big cities.

All of the major cities have a good network of buses, trains, and trams. If you are planning to stay in big cities and move between them I would suggest using this network.

Here are a list of useful public transport websites for Scotland:

Free WIFI can be found in cafes, libraries and service stations all over Scotland. I find Costa Coffee to be a good place to work with a reliable connection. They can be found in most big towns. 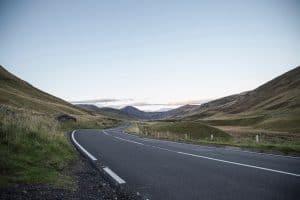 Scotland is famous for its fantastic range of whiskies. From the peaty flavours of the islands, to the more floral… 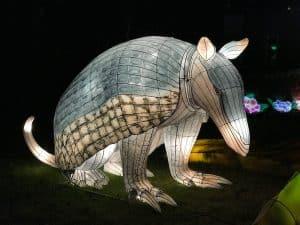 Back in late February we made a trip up to Edinburgh for the 6 Nations game between Scotland and England…. 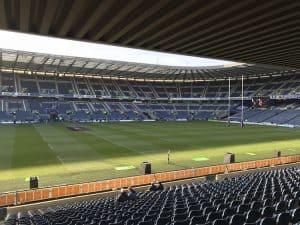 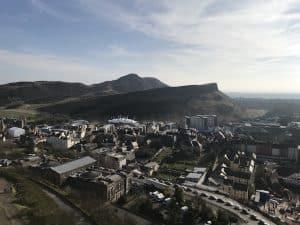 Calton Hill [Get the Best Views & Photos of Edinburgh]

I love taking open top bus rides when I first get to a city. Not only do you get a… 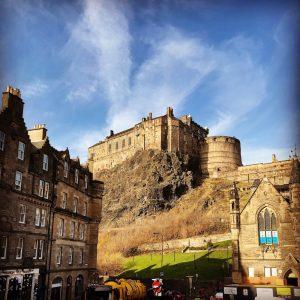